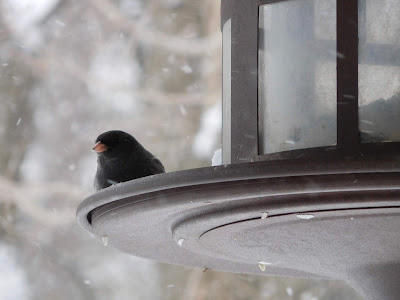 This morning I found myself staring, somewhat mesmerized, at the little junco in our bird feeder.  The song that came to me was I Wonder as I Wander.   The song is often sung for Christmas.


I have been pondering that word "wonder" lately.  It reminds me of "fear of the Lord", the first Gift of the Holy Spirit, translated as wonder and awe.

As I stared at that little junco, I wondered at God's amazing creation and could not help but say, Thank you, Lord.  Wonder is a gift.

The new tags came in today, so I opened the Etsy shop.  Yes!  Welcome to HOLeY ROLLERS on Etsy!  Here's a sneak peak.  Click on the image below and stop in. 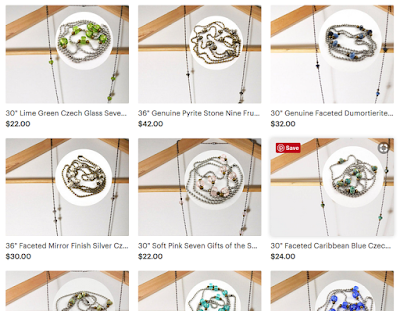 Email ThisBlogThis!Share to TwitterShare to FacebookShare to Pinterest
Labels: Etsy

The Gift of the Spirit - Wonder and Awe

This morning I received a daily meditation I subscribe to from Abbey of the Arts.  It reminded me how connected we are to nature.  We even depend on it for the oxygen we need to breathe.

Most of us have learned about photosynthesis and the way plants make oxygen at some point in our schooling.  For many of us, including myself, that was also a long time ago.  It is something I really take for granted.  I had to look up "where does oxygen come from?" to find that at least half of the oxygen we breathe comes from plankton in the ocean.  The other part comes from land based flora and fauna. 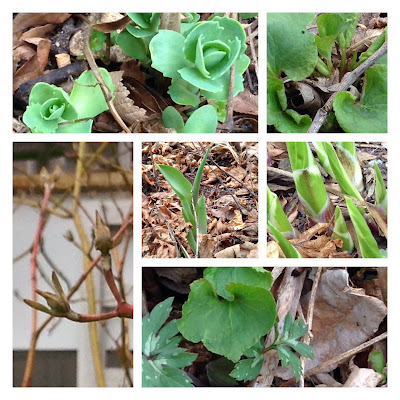 As I strolled around our yard this morning looking at some of our plants beginning to emerge again from the ground, I was struck with that sense of wonder and awe.  It is a sense of the wonder and awe of God.  God created these little plants and buds.  They in themselves are an awe inspiring gift.  Just focus on one little new leaf emerging and consider its gift of oxygen to us.  The little leaf begins to seem like so much more.

Maybe that is like the Gift of the Holy Spirit of the Wonder and Awe of God.  God is so much more than we can ever imagine.

Here is a Link to Abbey of the Arts and a screen shot of the daily email I received today: 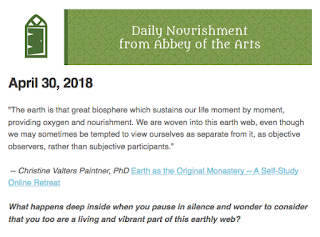 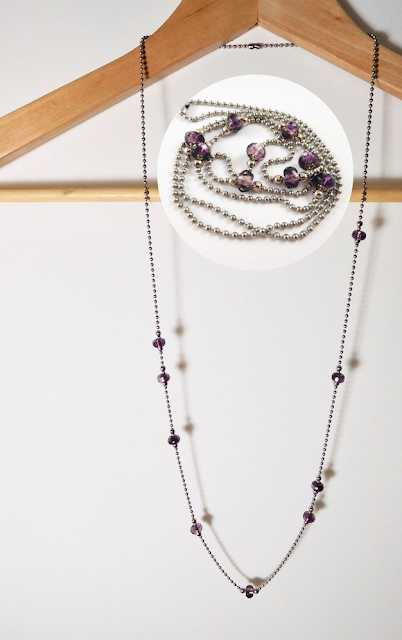 Well...today was the day I was going to finally open my Holey Rollers Etsy shop.  I finally figured out how to photograph the necklaces so you can see the full necklace with bead spacing and a close up for color.  First, I found out that my jpeg images were too large.  That was easily fixed.  Then, I started to write the description only to realize I spelled "counsel" wrong on the tags.  "Counsel" not "councel"!  Arg...  New tags are now ordered, but it will be another week before they arrive.

I am trying hard to find the silver lining today.  I guess it is good that I caught it now instead of later.  Maybe the other silver lining is the Nine Fruits of the Spirit I just made with silver lined Czech glass beads.  Purple is always the most difficult color to photograph, but I think I did it.
at April 25, 2018 No comments:

What is in a Word?

I had to decide for sure what words I would use for the 7 Gifts of the Holy Spirit and the 9 Fruits of the Holy Spirit because they would be printed in ink for the tags I will put on the HOLey ROLLERS necklaces I am making.  It is the decision of what words to use for the first two Gifts of the Spirit that are the most difficult.  I think those two are also where many of us get stuck.

In most bible translations, they are listed as "fear of the Lord" and "piety".  What in the world does "fear" of the Lord mean?  Does it mean we are supposed to be afraid of God?  Until a few years ago, that one really stumped me.  When I heard that gift described as "wonder", "awe", or "amazement", the meaning became much clearer to me.  If you look up the word "fear" in the dictionary, there is actually more than one meaning.  One is fear as in afraid, and the other is to regard something with reverence and awe.

That is where my decision about what words to use gets a bit confusing because piety is often referred to as "reverence" too.

The word that I was thinking of using to describe piety was the word "practice", and I am still not sure if I made the best choice of choosing the word "reverence".  I feel that piety is really practicing connecting with God through different forms of prayer.  One might ask then what the word "prayer" means, but I am going to leave that one alone for now.  However, there is no doubt that prayer requires practice.

When some calls someone a pious person, it is often not necessarily a complement.  I believe that is why I get stuck on that word "piety" too.  I am reminded of the Pharisees in the bible who were too focused on the rules and regulations of their faith.  I am reminded of people who some might call "holier than thou"--someone who make others feel slighted, small, or unworthy.  It is probably a misunderstanding of what the word "piety" really means, but instead of getting stuck on it, I have tried to come up with and understanding of what the word really means.  Still, I was not sure if using the word "practice" to describe "piety" was really correct.  I could not find piety referred to practice in anything I read.  But, piety is referred to as devotion in much literature.

This is part of what went into my decision to use the words I did on the tags for these new necklaces.  If I did not choose the "right" words, my hope is that maybe even that will cause some to think about them more.
at April 16, 2018 No comments:

This morning I found myself staring, somewhat mesmerized, at the little junco in our bird feeder.  The song that came to me was I Wonder a... 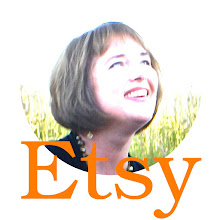 Gifts of the Holy Spirit

Fruits of the Holy Spirit 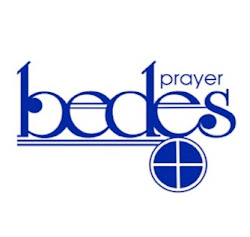 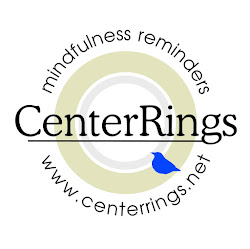